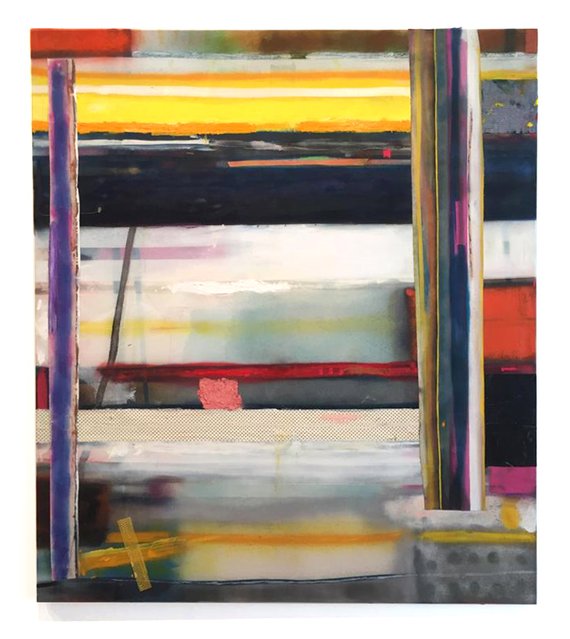 We like to cordially invite you to the solo exhibition with paintings by Thijs Rhijnsburger.

Thijs Rhijnsburger composes his paintings with elements from cityscape visual culture, which he depicts in landscape abstractions. His physical and intuitive painting process arises from (visual) observations that display structures such as movement, composition and space. This exhibition shows new paintings and works of the last two years.

Ps. Kot is honored that AMS - TOK / EXPORT > IMPORT is selected by the student jury for the Best Dutch Book Designs 2021. The student selection will also be part of the annual exhibition at the Stedelijk Museum Amsterdam this autumn (2022).

The book is published on the occasion of the exchange project and exhibition with the same title. The publication is a collection of documents that build up towards the finishing of the project. The book contains the e-mail communication between the artists as well as a photo documentation of the build up of the exhibitions translated to a flip-book.

This project is made possible by the Embassy of the Kingdom of the Netherlands in Japan.